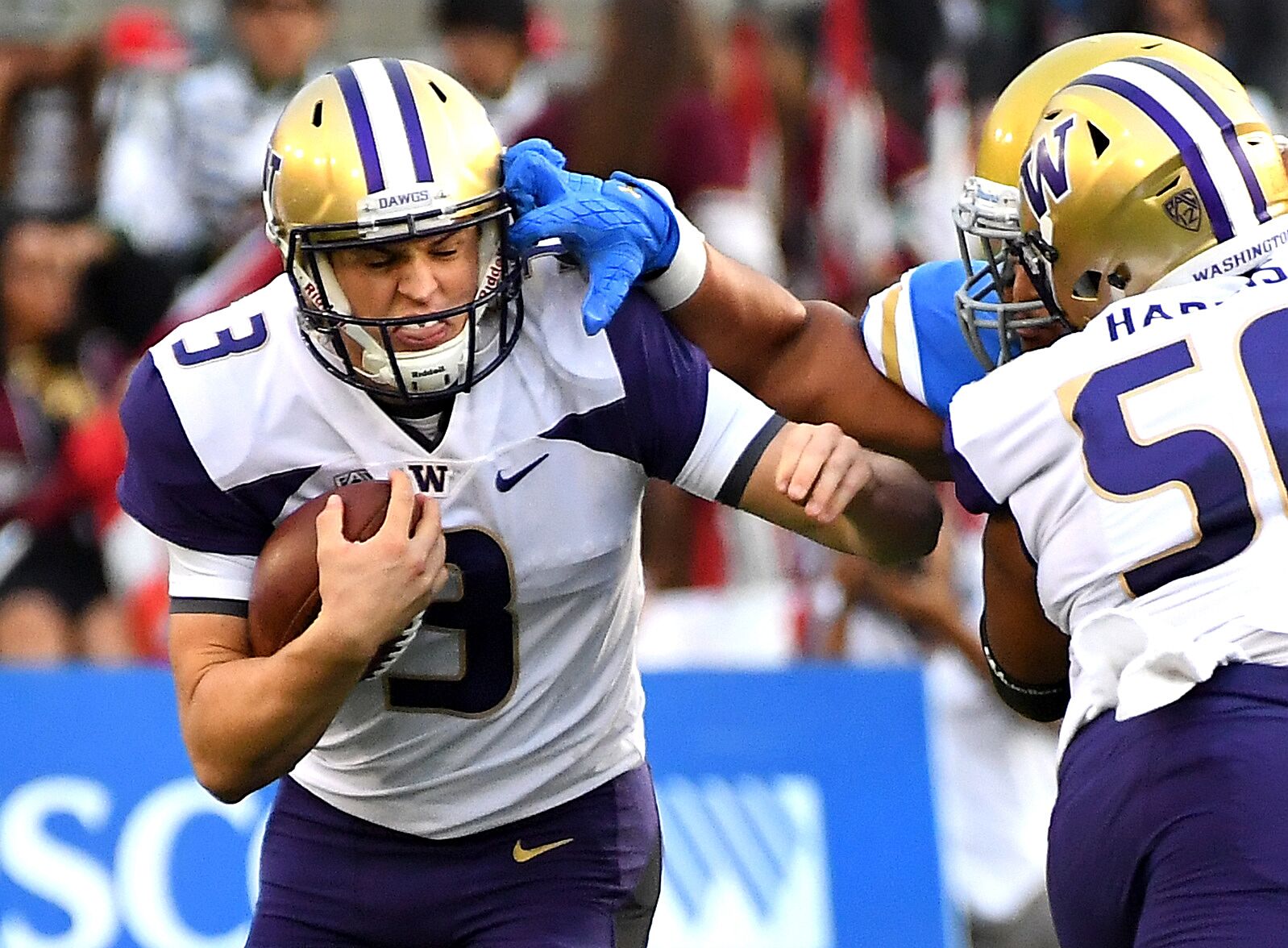 Washington football is now ranked seventh in the polls after defeating UCLA 31-24 in the Rose Bowl. Here are three takeaways from the win.

Washington football showed some maturity and mental toughness by winning in the Rose Bowl Saturday, beating winless UCLA 31-24. This victory wasn’t as easy as it may have seemed in the days leading up to the game. The Bruins were 0-4 and desperate for a win.

Head coach Chip Kelly was right when he said earlier in the week that nobody will feel sorry for his Bruins. The Huskies staved off the feeling of compassion by squelching a late UCLA rally to go to 5-1 overall, and 3-0 in the PAC-12 this season. Here are three takeaways from the game which the Huskies won. In the process, they moved up to seventh in both polls.

Jake Browning showed that he is a dual-threat quarterback

The Huskies signal-caller wasn’t as efficient as he was last week, but he did throw for 265 yards and a touchdown. However, Jake Browning did show an ability to escape the pocket and make plays with his feet. He ran for 49 yards and a touchdown with that yardage coming through improvisation.

Browning is putting together a terrific senior season and corrected some of the mistakes he made earlier this season, with fumbles and careless interceptions. An improved running game has helped.

Running back Myles Gaskin rushed for 116 yards with two scores, and the Washington offense held the ball for 38 minutes on the night. Browning contributed to the ground game as the Huskies second-best rusher. He put up the second-highest rushing yardage total of his career (50 against Montana in 2017).