While the Ohio State Buckeyes and Washington Huskies prepare to butt heads in the Rose Bowl on Jan. 1, researchers at the two universities have collaborated to create proteins that zip together in much the same way DNA molecules zip up to form a double helix.

The first-of-its-kind discovery could one day enable the development of protein nanomachines to help diagnose and treat disease, allow for more exact engineering of cells and perform a wide variety of other tasks.

“This technique makes it possible for you to design proteins so they come together exactly how you want them to,” said Zibo Chen, a graduate student at the University of Washington and lead author of the paper, which was published Dec. 19 in the journal Nature. 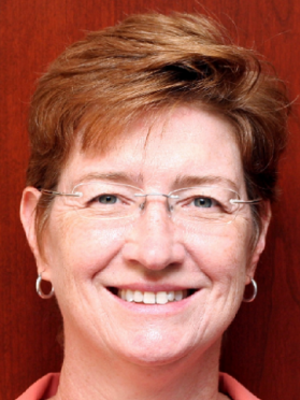 The research relied on the technical expertise of the Resource for Native Mass Spectrometry Guided Structural Biology, a center at The Ohio State University led by Vicki Wysocki, professor of chemistry and biochemistry, Ohio Eminent Scholar and director of the Campus Chemical Instrument Center.

“Our contribution was the analysis of protein designs to confirm they were pairing correctly,” said Florian Busch, an Ohio State biochemist and study co-author. “We also came up with methods to analyze the designs faster and in mixtures that allowed proteins to find their correct partners even in the presence of other similar proteins.”

Typically, researchers interested in designing biomolecular nanomachines use DNA as the primary component, because complementary DNA strands come together in a highly predictable manner. The research team on the new study developed protein designs that produce complementary proteins that precisely pair with each other by a similar approach, Busch said.

“It’s like you have two pieces of a zipper. … You can find the pairs in the zipper, zip them together, combine more pieces into a large complex and then finally assemble some functional proteins,” said Mengxuan Jia, an Ohio State graduate student and collaborator on the study.

The University of Washington side of the team designed the new proteins computationally.

“Engineering cells to do new tasks is the future of medicine and biotechnology, whether that’s engineering bacteria to make energy or clean up toxic waste or creating immune cells that attack cancers,” said Scott Boyken, a co-author of the paper and postdoctoral researcher at UW Medicine’s Institute for Protein Design. “We have opened a major door to protein nanomaterial design.”

“Almost all biological processes depend on protein-protein interaction,” Busch said. “Our next steps will be working with bigger, more dynamic protein assemblies.”

The researchers said the ability to test and confirm the new designs and their interactions is a testament to the unique power of native mass spectrometry, which can provide detailed information about protein complexes while keeping them intact and as close to their native state as possible.

Information from a University of Washington press release was included in this story.