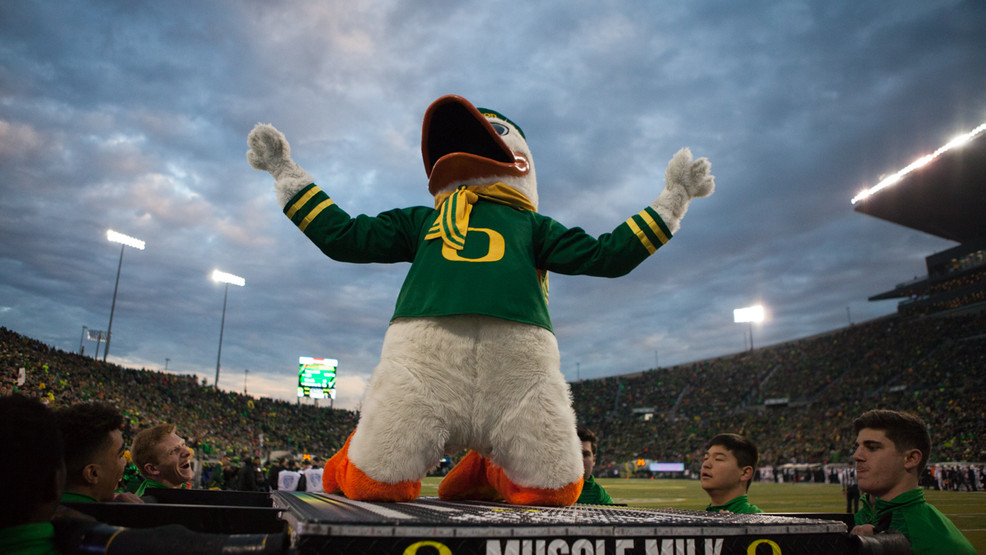 The Oregon Duck cheers after doing pushups following an Oregon touchdown. The Oregon Ducks lead the Oregon State Beavers 52 to 7 at the end of the first half of the 121st Civil War game on Saturday, November 25, 2017 at Autzen Stadium in Eugene, Ore. Photo by Ben Lonergan, Oregon News Lab

PORTLAND, Ore. – The Oregon Ducks are bowl-bound this New Year’s Eve with a matchup against Michigan State in the Redbox Bowl.

The game takes place at noon (12 p.m. PT) on December 31 at Levi’s Stadium in Santa Clara, California. The stadium is home to the San Francisco 49ers.

The University of Washington Huskies will face Ohio State in the Rose Bowl on New Year’s Day in Pasadena, Calif.

The WSU Cougars are headed to the Alamo Bowl in San Antonio, Texas on December 28. They will be playing Iowa State.

Huskies shake off cold-shooting night to hold off Santa Barbara ahead of showdown with No. 1 Gonzaga
Buckeyes get Rose Bowl trip vs Washington