Pac-12 Player of the Week is Borislava Hristova 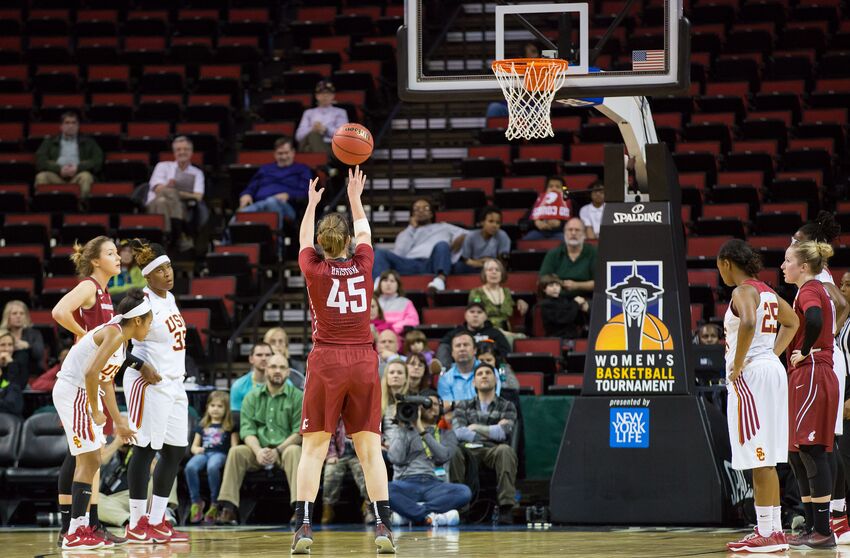 NCAA women’s basketball bracketology: Just give us UConn vs. Tennessee in the Sweet 16 by Russell Steinberg

Another honor for Bobi Buckets.

Washington State’s Borislava Hristova was named Pac-12 Player of the Week for games played last week. It is the second time in her career that Hristova has taken home the award.

Hristova set a school record for most made field goals in a game with 16. Her 38 points was the third-highest mark in Cougar history as well as the second-highest mark in the Pac-12 so far this season. The game was the Cougars conference opener and the first time they’ve won a game at Washington since the 2014-15 season.

Hristova has been Washington State’s leading scorer this season at 23.2 points per game. That puts her 7th overall in the nation in scoring, and second in the conference behind Arizona’s Aari McDonald. She’s shooting 49.5 percent from the field and 34.1 percent from the three-point line.

She’s one of the more versatile offensive forwards in the conference with the ability to score from anywhere on the floor. She’s comfortable putting the ball on the floor and attacking the rim to get to the free-throw line where she’s averaging 5.7 attempts per game. She can also step out and shoot from distance making her a tough defensive cover.

While this is Hristova’s fourth season in Washington, this is her junior year as she was granted another year of eligibility after suffering a season-ending injury after nine games during the 2016-17 season. She’s been a standout since arriving in Pullman, winning three conference freshman of the week awards and being named to the All-Conference team as a freshman.

The Cougars will take to the road this week against nationally ranked Oregon and Oregon State.

Does it matter if the Pac-12 struggles in bowl games? Issues & Answers
Three impressions from Washington’s 84-76 win over Cal State Fullerton