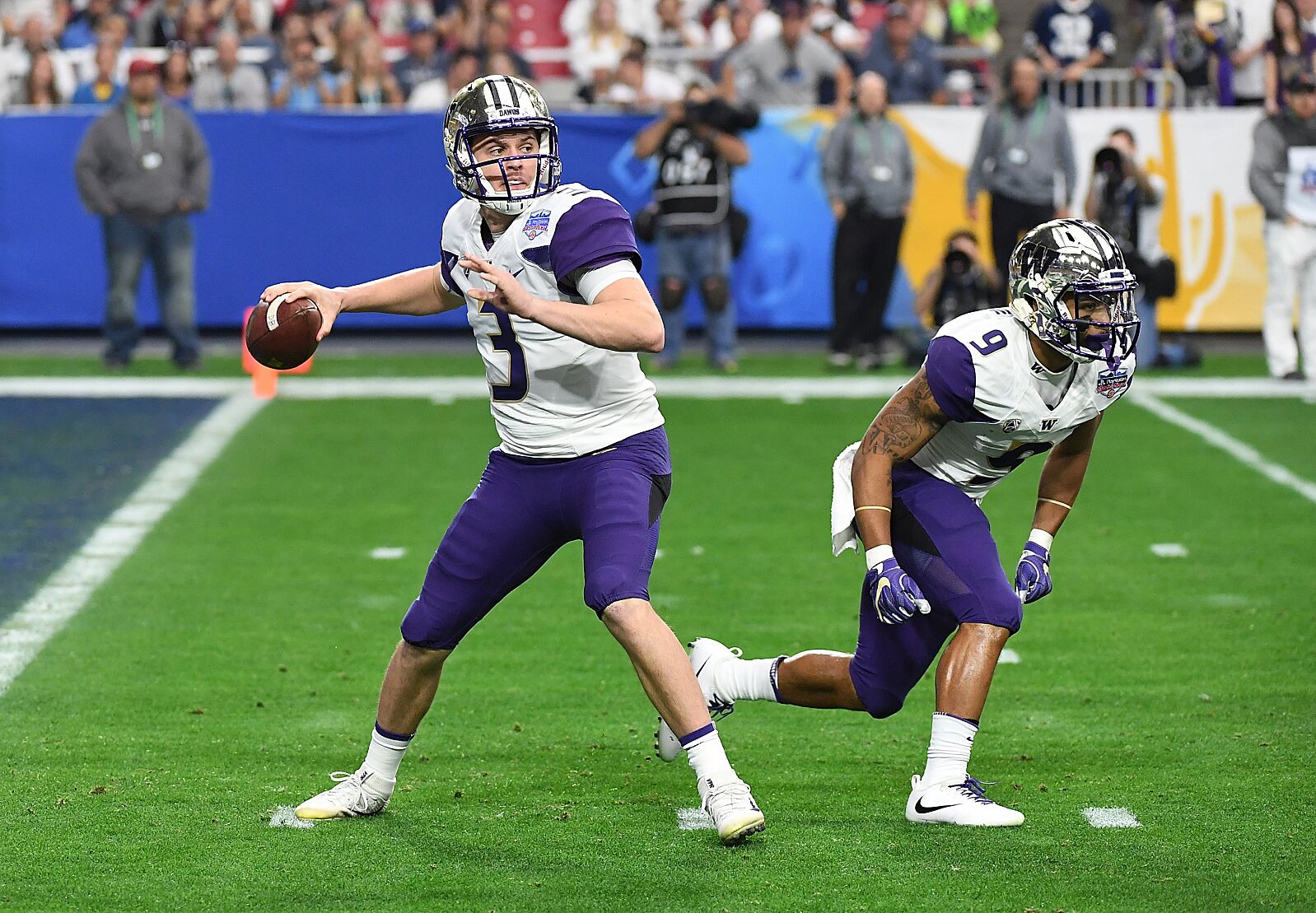 Washington football has produced some quality NFL quarterbacks. Jake Browning is up next. His draft stock has fallen the past two years. Here are six things he can do to improve his position.

In 2016, Jake Browning was a top ten NFL draft pick, after he led Washington football to the top of the PAC-12. His quarterback performance ratings back it up. That season Browning produced insane video game type numbers and helped propel the Dawgs into both the national media spotlight and college football playoffs.

It was was a statement to the rest of the nation that the Huskies were once again a big-time program and one that could run with the elite programs in the nation. Had Browning declared for the draft that season (he was ineligible), he would have been assured a high draft spot, and the promise of an NFL team making him their franchise quarterback.

Unfortunately, the subsequent two years haven’t been anything that resembles Browning’s 2016 season. Two seasons of struggles later, Browning is facing the very real possibility of being a mid to late round pick, or not drafted at all. So how does Jake revive his draft stock that once seemed assured?

While I can’t break down everything necessary to do so, I’d like to touch on a couple things he can do to increase his value to a potential NFL employer. While it won’t propel him to the heights he once had, at least he can become more attractive.

Browning only has three to four games left in his college career, Oregon State, Washington State, possibly the PAC-12 Championship Game and a bowl game he can use to make a positive impression. It’s going to be critical, that Browning not only impresses in interviews, the combine, and workouts but in these last few games.