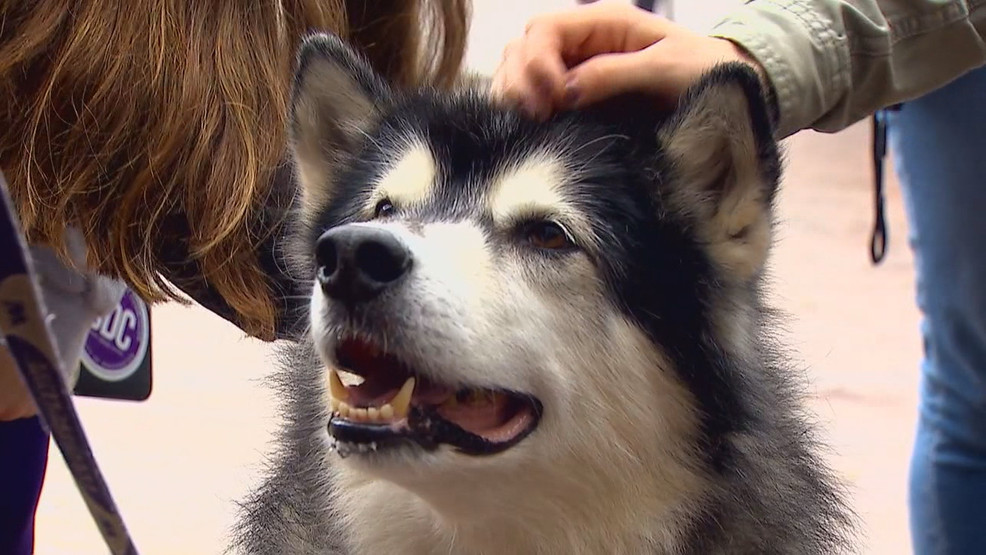 SEATTLE – On Friday, Dubs took a final lap on campus at Montlake before he retires as the live mascot for the University of Washington.

“He doesn’t know he’s retiring,” said Kelly Campbell who owns Dubs, along with Jennifer McBride. “He thinks going into Husky Stadium is all about him, right? I mean the 70,000 fans are cheering for him,” said Campbell.

“He’s a dog of the people. He was made for this. He really was,” said Campbell.

Dubs has been a staple at UW football games, rooting on the Dawgs for 65 home games.

In all, his owners say he’s made nearly 400 appearances on behalf of the university.

Since Dubs took over, Washington football has a record of 79-48, winning 62 percent of its contests.

Campbell and McBride said his age is catching up with him and it’s simply time to pass the collar.

“Football especially is a really long day. He was tiring out, a little stiff after his runs on the field. We just thought – let’s have him retire when he’s still healthy,” said McBride.

Campbell and McBride says Dubs is in good health and he’ll continue to live with them as a beloved pet.

The university announced there will be a “passing of the collar” ceremony during the first quarter of Washington’s final home game against Oregon State.

Huskies Outlast UCSB in Non-Conference Thriller
Stuff and Shenanigans: Offense is for Nerds