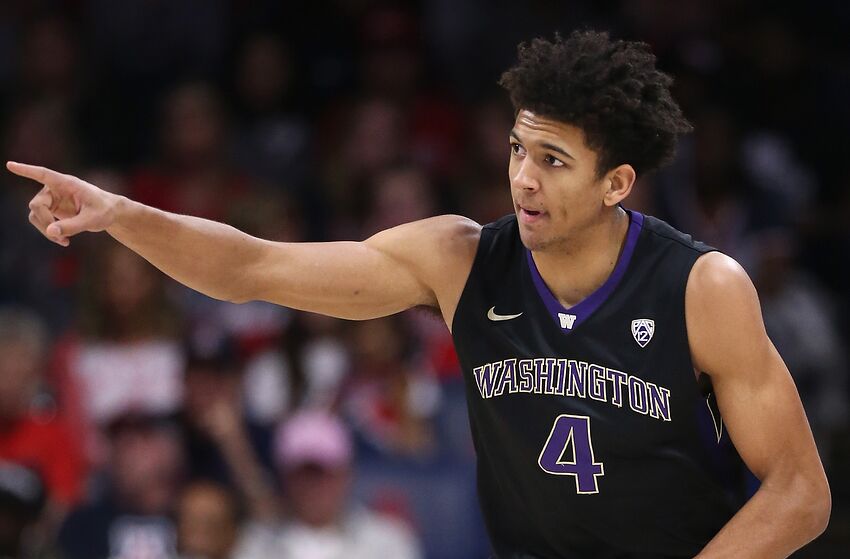 On a night where we saw fourth-ranked Duke and their group of super freshmen blow out number two Kentucky, a much more fun matchup happened in the Northwest. The 25th ranked Washington Huskies blew out the Western Kentucky Hilltoppers 73-55 after a strong showing in the second half. Matisse Thybulle was out in full force, and he was able to show the country (or at least whoever wasn’t watching Duke vs. Kentucky) what he can do. He only put up nine points on 3-10 shooting, but he more than made up for it defensively, as always, with his six blocks and one steal. Check out his best block of the night which turned into a great fastbreak for the Dawgs.

Jaylen Nowell is on track to be a superstar. He dropped 17 points on 7-15 shooting and looks so fluid on offense. Mike Hopkins has to hide him a bit on defense, but with Thybulle at the top of the zone, he can mask some of Nowell’s flaws. The Huskies will need him to take over games when most of the offense struggles to shoot like they did against WKU. Washington basketball went 5-25 from behind the three-point line and was in a funk for the last seven minutes of the first half.

The defense looked great, but the Huskies need to take advantage of their opportunities shooting the basketball. Missing 20 three-pointers won’t go over very well come Pac-12 play, or on Friday when the Huskies take on 11th ranked Auburn. Mike Hopkins showed how great of a coach he is, making tons of adjustments after going into the locker room down seven. The Huskies did a great job of sticking to their zones and holding likely lottery pick Charles Bassey to just 11 points. Props to Noah Dickerson and Sam Timmins, who will have some tough assignments this year in the Pac-12, most notably Oregon’s Bol Bol and Kenny Wooten.